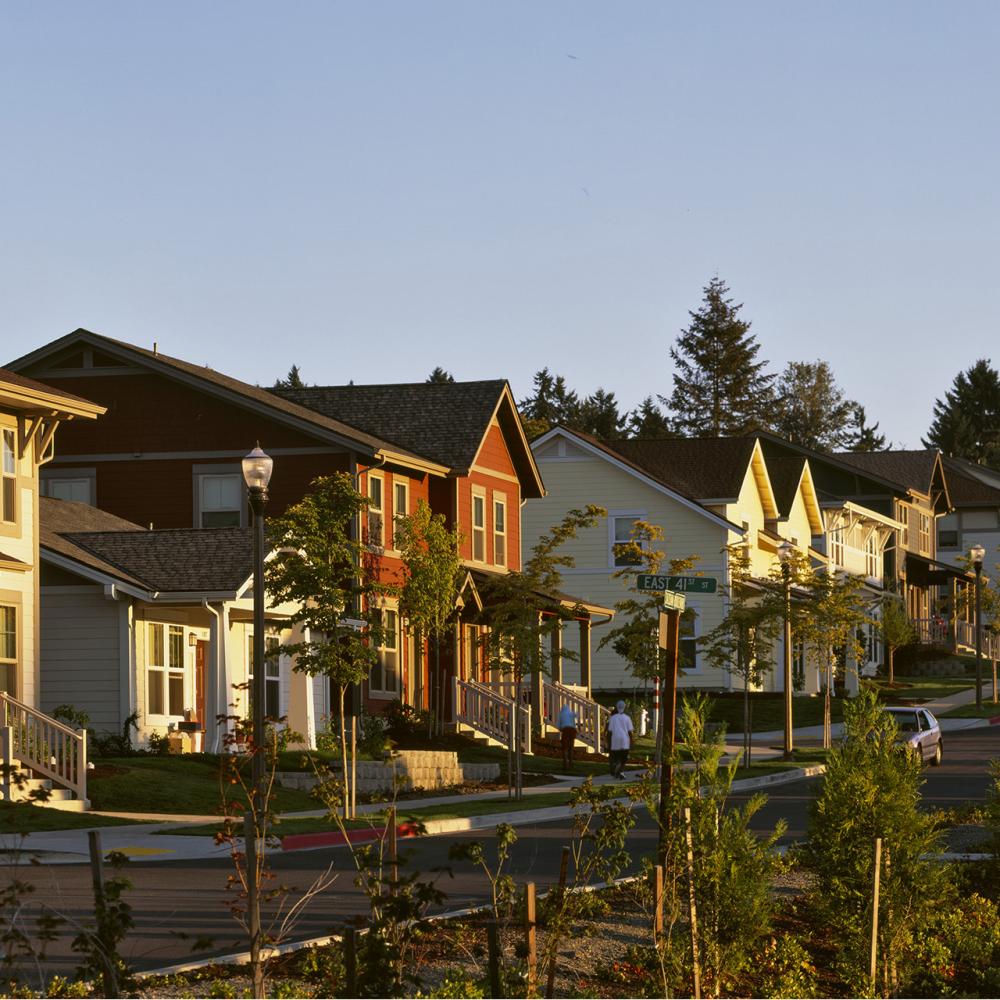 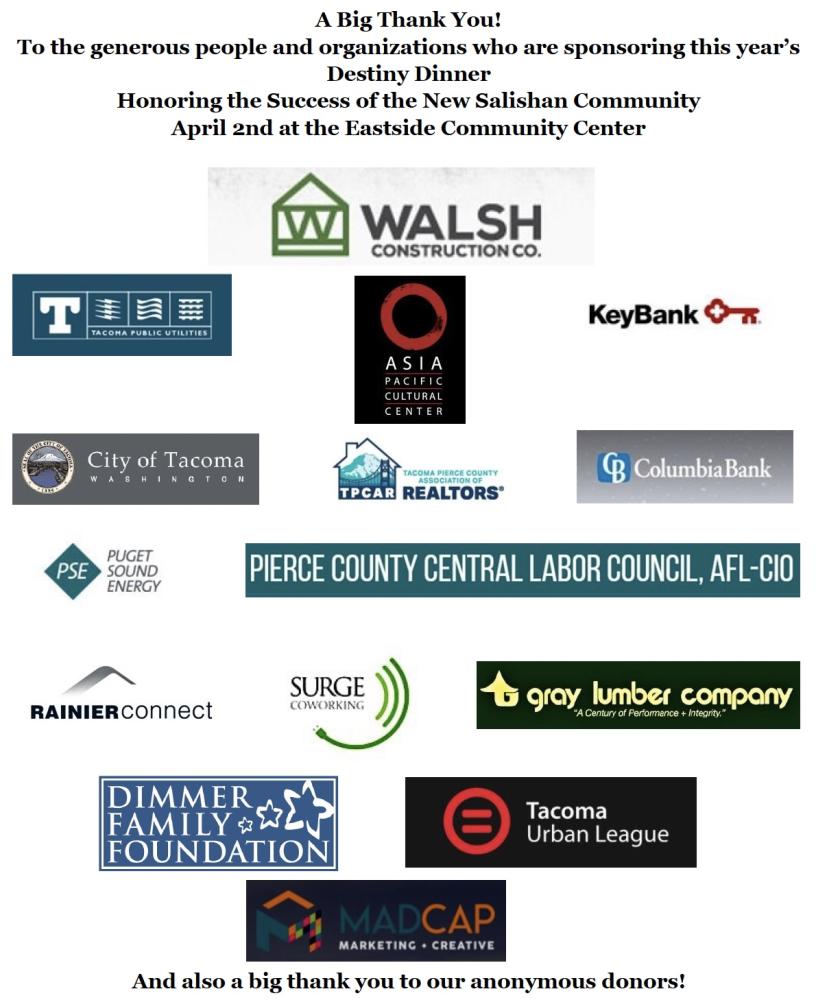 In 2002 a planned community for affordable housing and home ownership in the Salishan area of the East Side was nothing more than an architect's rendering on a sheet of paper pinned to a wall at the Tacoma Housing Authority's office. The challenge for the Housing Authority was how to parlay a $36 million Hope VI federal grant into a $300 million finished product. Then a visionary THA board and the transformative leadership of Director Michael Mirra and his talented staff got to work. By 2007, the remarkable success of Tacoma's New Salishan Community had made the front page of the New York Times. By 2015, New Salishan had garnered a total of 12 local, regional, and national awards for excellence. It was described as simply the most remarkable achievement of its kind in the nation.

Tacoma Historical Society honored those who made New Salishan possible - the THA board and staff and most importantly its community members at this year's Destiny Dinner. 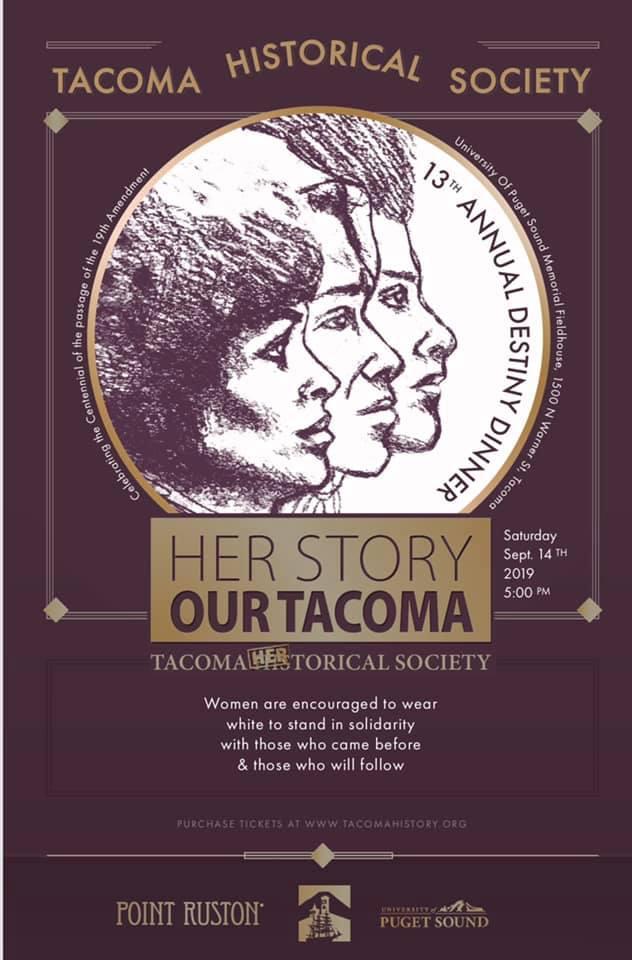 Our 13th Annual Destiny Dinner took place at the University of Puget Sound Memorial Field House on September 14, 2019. The theme - Her Story – Our Tacoma - looks back at outstanding women leaders over the past century in Tacoma who’ve left legacies that still echo to the present day. Through their leadership and activism in our community, these women have embodied the best of our civic values as Americans. Our dinner program will acknowledge and celebrate their contributions to Tacoma’s success and feature several women still actively serving as leaders in our community today. Just as the contributions of women continue to impact Tacoma residents, you too can make an impact. The Destiny Dinner is a critical fundraising event for Tacoma Historical Society, and with your support, proceeds from the event will assist our efforts to preserve, promote, and present our proud Tacoma history. 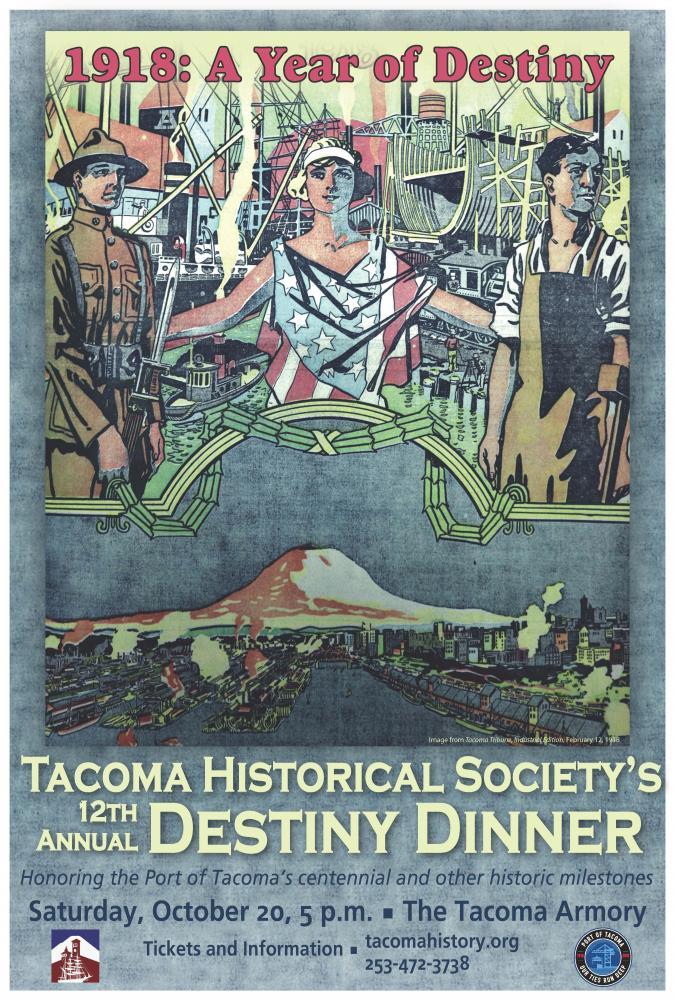 12th Annual Destiny Dinner: 1918: A Year of Destiny Saturday, October 20 Tacoma Armory The 12th Annual Destiny Dinner was be held at the Tacoma Armory on October 20 and recognized one of the most important years in the history of Tacoma and our nation, 1918: A Year of Destiny. Events of that year left a legacy that has stood for generations. A vote of the people of Pierce County authorized creation of the Port Commission, and Tacoma became the center of shipbuilding in the Northwest. The Great War brought tremendous growth to Camp Lewis, now part of JBLM. Tacoma’s beautiful theaters, the Pantages and the Rialto, both opened their doors. And Tacoma’s citizens opened the pages of the first issue of the Tacoma News Tribune. All are still in operation a century later. 1918 was a year of patriotic pride and civic engagement. Many clubs and organizations that were formed that year – Tacoma Little Theater, the Tacoma Kiwanis Club, Wild West VFW, Firefighters Local 31, Tacoma Stamp Club, and more – have all survived to celebrate their centennial year. And finally, on November 11, the Armistice was signed, ending the Great War. 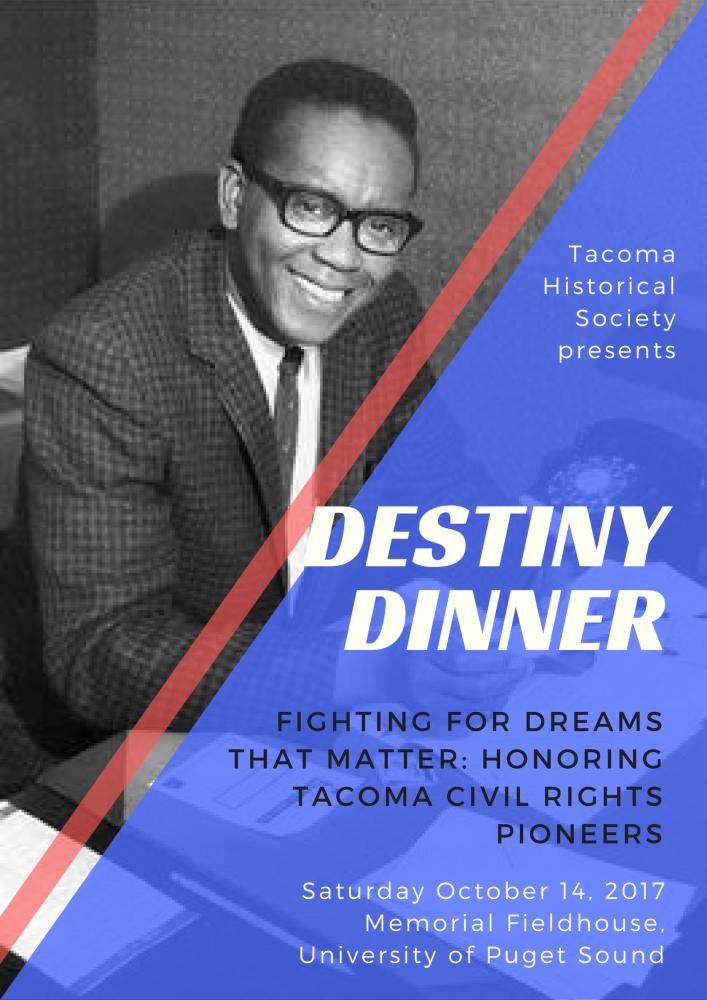 Event Details: 2017 is a milestone year for Tacoma’s history of social justice and commitment to address the issue of discrimination. On May 31, 1967, the Tacoma City Council established the Human Relations Commission - the precursor to today’s Human Rights Commission. Commission members were appointed and Reverend Lynn Hodges was named as the first executive director. In October of that same year, University of Puget Sound student Louis Smith announced the formation of the Black Student Union chapter on campus. It was the first in the state of Washington. Thus, this year marks the 50th anniversary of two seminal social justice events in our history. These truly historic events will serve as the underlying theme for the dinner and program that will also honor Tacoma’s civil rights pioneers.

Deliverables: THS also proposes to work with Puget Sound students in researching and writing a book, as a part of an ongoing series, on 21 of the most important civil pioneers in Tacoma’s history. The book will be the third on Tacoma history and be written for elementary level students. The plan is to present 2000 copies to the Tacoma School District as was the case for the first two books in the series. (The first two: Tacoma’s 21 Tales Every Student Should Be Able To Tell andRising Up from Tacoma 21 Disasters and Defeats.) A second project is the design and creation of a movable panel exhibit on the events and people that shaped Tacoma’s history of social justice. The panel will be a part of a larger three-month exhibit of photographs, documents and artifacts at the Tacoma Historical Society. 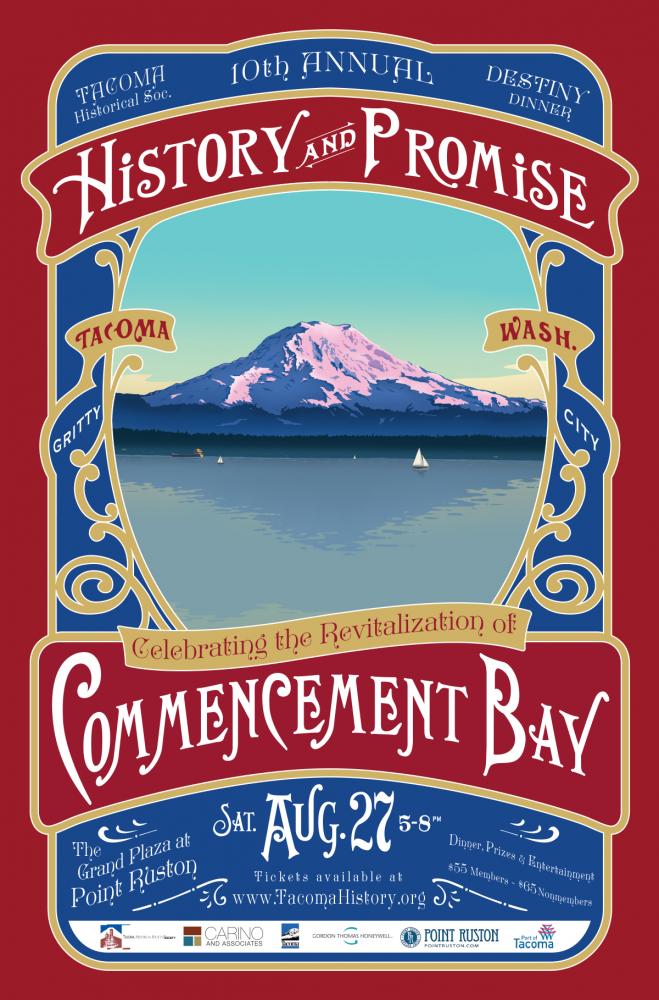 History and Promise: Celebrating the Revitalization of Commencement Bay

The Grand Plaza at Point Ruston

It was thirty-five years ago that Dan Thayer, a local fish biologist, was quoted in the New York Times: "Tacoma may be living on a marine garbage dump." Thayer was referring to the Environmental Protection Agency listing of Tacoma's treasured Commencement Bay as one of the country's ten worst toxic waste sites. It was a dark day in Tacoma's history.

Our community has come a long way over the ensuing three-plus decades. Governments - federal, state, local, and tribal - joined with private industry, local universities, environmental groups and thousands of citizens in achieving what could arguably be Tacoma's greatest historic achievement - the restoration and cleanup of Commencement Bay.

This year marks the tenth anniversary of Tacoma's cleanup of the heavily polluted Thea Foss Waterway.  That challenging and complex effort, which really began twenty-five years ago, has led to nearly a half billion dollars in private- and public-sector economic development investments.

This year we have also seen incredible breakthroughs at Point Ruston - the defunct Asarco smelter site. That toxic wasteland has been transformed into a remarkable and lively urban village along Commencement Bay - the envy of cities around the country.

Each year Tacoma Historical Society partners with our community to present a unique aspect of Tacoma’s varied history. This year’s theme is ‘Working Tacoma.’ We would be honored to have you join us as we celebrate our city’s unique labor history and the heroic men and women who built the City of Destiny. Proceeds from the event will continue to support Tacoma Historical Society’s efforts to preserve, promote, and present our local history. 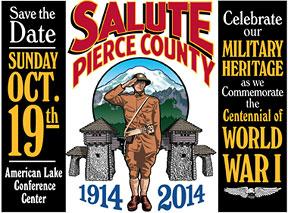