Skip to Main Content
HomeNewsEyes of the Totem Now Streaming

Eyes of the Totem Now Streaming

Posted: Aug 05, 2021
The 1927 silent film Eyes of the Totem is now available for viewing online. It can be rented or purchased from Tacoma Historical Society’s page on Vimeo.com. 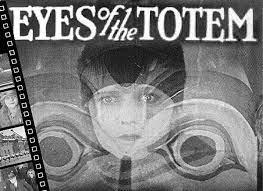 The 1927 silent film Eyes of the Totem is now available for viewing online. It can be rented or purchased from Tacoma Historical Society’s page on Vimeo.com, for $5.95 (24-hour rental period), or film fans may purchase the film for $19.95 through Video On Demand on Vimeo.

Go to www.vimeo.com/tacomahistory or www.vimeo.com/ondemand/eyesofthetotem. The purchased video is viewable anytime on your PC, tablet, smartphone or smart TV.

Eyes of The Totem is a 1927 silent film directed by W.S. Van Dyke. It was one of three films produced by H.C. Weaver Studios in Tacoma, Washington between 1924-1928. Long considered lost, Eyes of the Totem is the only known surviving film of the three. It was rediscovered in a New York City film vault in 2014. The film re-premiered with a new original score at the Rialto Theatre in Tacoma in September 2015 (the same theater where the producers of the film first watched it in late 1926). The restored version of the film was produced by Tacoma Historical Society with the help of a Kickstarter project. It includes a new film score that was commissioned for the film, written by a local composer and musician.

The cast included well-known silent movie actors Tom Santschi, Wanda Hawley, and Gareth Hughes. The film was shot on location in and around the city of Tacoma as well as at the 50,000 square foot production stage built by Weaver in the Titlow Beach area. Many local historic sites are featured in the film, including the Winthrop Hotel, Annie Wright School, the Tacoma Totem Pole, and Thornewood Castle.

The film plot:  Mariam Hardy, young daughter Betty and husband Jim live in a log cabin in the desolate and frozen north, where Jim works their mining claim. Mariam longs for a normal life in the civilized world. Her husband returns one day with cash and the news that he has sold the claim. They board a steamer bound for Tacoma, Washington. Upon reaching the city, Jim is murdered and the cash is stolen by a mysterious steely-eyed stranger. Left penniless with a small child to care for, Mariam becomes a beggar. Over the years she becomes a respectable member of society, but she always keeps a watch for the eyes of the murderer. A chance encounter reveals his identity, leading to a violent confrontation.

Tacoma Historical Society (THS) presents this film in its original form, albeit with the addition of the new score. THS recognizes that the film contains images and language that includes disrespectful depictions and/or mistreatment of people and our Indigenous and Asian community members. These stereotypes were wrong then and are wrong now. THS further acknowledges their harmful impact, as we learn from it and hope that it sparks conversation to create a more inclusive future together. THS neither endorses nor condones the use of the language and historic artifacts used in this film, in particular the title character, Tacoma’s iconic Totem Pole.

However, THS believes that the film contains important historical information regarding Tacoma’s development and is a unique film in silent film history. That said, the film ignores much of the history in which the city of Tacoma and the state of Washington was established, specifically the violent displacement of the Indigenous tribes that had cultivated and cared for this land centuries prior to European settlement.

THS acknowledges that we are on the traditional homelands of the Puyallup Tribe. Though the Medicine Creek Treaty of 1854 removed native peoples to clear way for colonial settlement, the Puyallup people have lived on and stewarded these lands since the beginning of time, and continue to do so today. THS sends gratitude to the Puyallup Tribe upon whose ancestral lands we reside and work. We commit to uplifting the voices, experiences, and histories of the Indigenous people of this land and beyond.