Tacoma Historical Society is pleased to present its newest exhibit honoring Tacoma’s unsung heroes who have worked for social justice and civil rights. The exhibit is funded by a grant from the Puyallup Tribe of Indians. 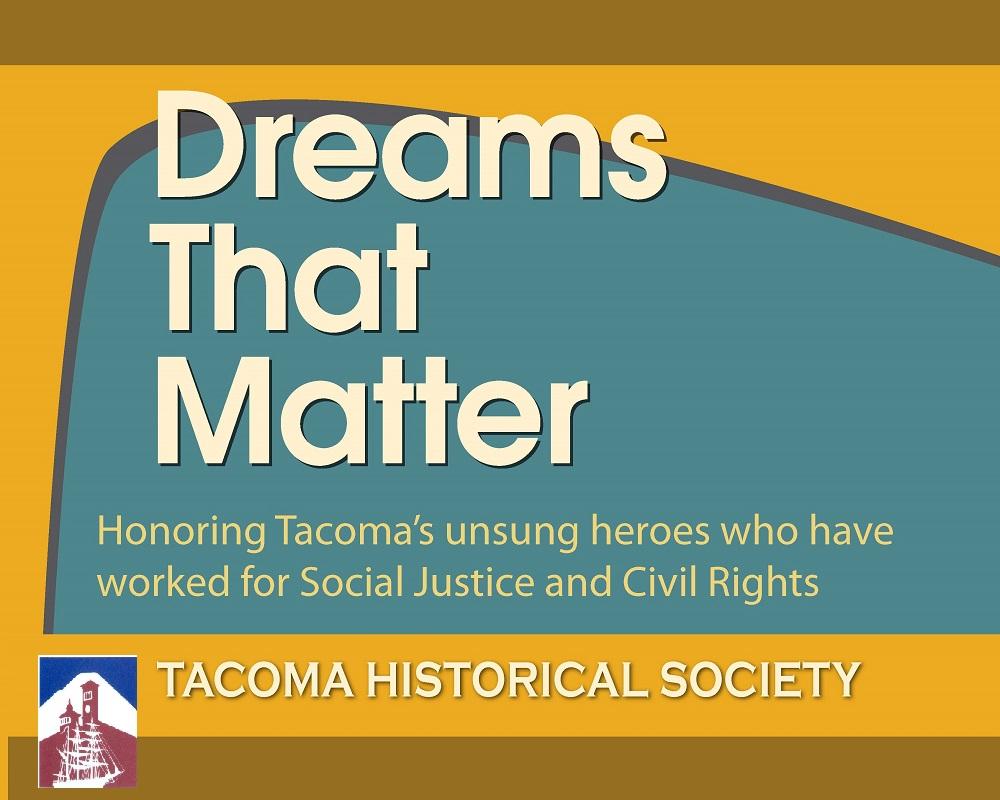 "We all make choices that are later seen as mistakes. Some are accidents, such as the collapse of the first Tacoma Narrows Bridge, “Galloping Gertie,” just four months after it opened. Yet some are deeply rooted in racism, such as the forced removal of all of Tacoma’s Chinese residents in 1885, or Tacoma voters rejecting legislation to end housing discrimination in 1964."

"A few have had the courage to speak out against social injustice, including Tacoma’s Mayor Harry P. Cain who protested the World War Two internment of Japanese-American citizens. Some who have spoken out have never been recognized. Their service to our community is only now beginning to be considered necessary and newsworthy. This exhibit was created to honor the unsung people of the Tacoma area who spoke out to defend their dreams and fight for the universal rights of all."

"This exhibit is dedicated to former Tacoma mayor Harold Moss, whose life experiences as recounted in his book, Fighting for Dreams That Mattered, have driven us to make this exhibit a reality, as well as to the 245 Tacoma residents who have served on the City’s Human Rights Commission over the past 50 years. It is our hope that this exhibit will serve as the beginning of an archive of resource materials on Tacoma’s Civil Rights history. We extend an invitation to our visitors to contribute information or artifacts to this collection, or to let us know of anyone we might contact to help us build this collection. Above all, we want this exhibit to start a conversation about the people and stories we do and do not consider to be a part of Tacoma’s history."